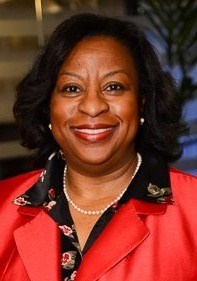 Vicki D. Blanton is the Assistant Vice President - Senior Legal Counsel for AT&T, Inc., with primary responsibility for the legal compliance of the domestic and international retirement benefit plans, with over $54 billion in assets. She has handled complex retirement plan and health and welfare benefit plan issues for several Fortune 50 publicly traded companies and for large governmental employers.  Ms. Blanton brings the real world practical perspective of implementing legal changes with each change’s ripple effects in benefit plan administration and to other areas of business operations.  Ms. Blanton has been a frequent speaker on a variety of topics, including substantive legal issues, diversity topics, and career development panels.  She is a Past President of the J.L. Turner Legal Association, winning accolades from the State Bar of Texas and the National Bar Association. Ms. Blanton has been named as a Dallas Business Journal Best Corporate Counsel, D Magazine’s List of Best Lawyers, and Eclipse Magazine’s Dynamic Lawyers.  Vicki is an American Fellow of the German Marshall Memorial Fund and was a Barrister in the American Inns of Court.  Vicki has served on and been appointed to a variety of non-profit, charitable, municipal and state boards; currently serving on the boards of the Dallas Chapter of the American Red Cross and Dallas Bar Association as the Secretary/Treasurer and is a past board member of the Dallas Bar Foundation.  She graduated from the University of Texas at Austin and Southern Methodist University School of Law. Additionally, she has a Certificate of Study from Georgetown University’s Executive Development Program at the London School of Economics. Vicki has 2 daughters, a 2017 alumna of Howard University and a graduating senior at University of Missouri at Columbia (MIZZOU). 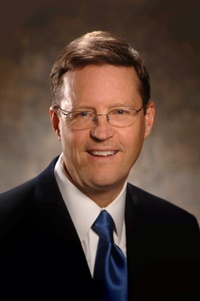 Gary F. Kennedy served as the Senior Vice President, General Counsel and Chief Compliance Officer of American Airlines and AMR Corporation from January, 2003 until his retirement in January, 2014.  As General Counsel, Kennedy guided the airline through two of the most high profile events in the company’s history - the 2011 bankruptcy filing and the 2013 merger with US Airways.  Mr. Kennedy directed the efforts to obtain government approval of the merger, including the defense of lawsuits filed by the Department of Justice and multiple state attorneys general, and was called upon to testify before Congress to garner support for the merger.
As General Counsel, Kennedy managed the Company's legal affairs worldwide, including complex commercial litigation, employment litigation, labor union disputes and corporate transactions.  Kennedy has extensive experience dealing with US regulatory agencies, including the Department of Justice and the Department of Transportation.
Prior to his role as General Counsel, Kennedy served as Vice President of the real estate and construction department at American. With billions of dollars at stake, Kennedy was the chief strategist for the lease and construction of the company's airport facilities, maintenance facilities and office buildings worldwide.
Mr. Kennedy serves as a member of the Board of PIMCO Funds, one of the country’s largest open-end fund complexes. In that capacity, he serves as co-chair of the valuation oversight committee and is a member of the audit and governance committees.  Mr. Kennedy also serves on the Board of the Marconi Group, a patent management company located in Dallas, Texas. He also served as an adjunct professor of law at Southern Methodist University and Texas Wesleyan University.
Mr. Kennedy is the author of a new book, published in February 2018, titled Twelve Years of Turbulence, the Inside Story of American Airlines’ Battle for Survival.
Before arriving at American, Kennedy was a litigator and bankruptcy attorney for several years in Salt Lake City. He is a 1977 Magna Cum Laude graduate of the University of Utah and a member of Phi Beta Kappa. He received his Juris Doctorate from the University of Utah School of Law in 1980.
Kennedy and his wife have four children and live in Dallas, Texas.

Terry Maxon is an award-winning journalist who worked more than 40 years as reporter and editor before retiring in September 2015. He wrote for the Dallas Morning News for 30 of those years, including some 20 years covering American Airlines, Southwest Airlines and the airline industry.
In 2007, Terry and the Dallas Morning News launched an aviation blog, Airline Biz, a site that was attracting more than 5 million views a year by the time he retired. Airline Biz became a must-read resource for people who worked in the airline industry, invested in the airline industry or wrote about the airline industry.
He twice was a finalist for the prestigious Gerald Loeb Award and has been honored by the Society of Business Editors and Writers (SABEW) for his coverage of the airline industry.
Maxon graduated from the University of Oklahoma with a bachelor of arts degree in professional writing. He and wife Jannett live in Arlington, Texas, and have two grown children. This is his first book. This is his last book.

Anti-SLAPP Practice After the 19th Amendments