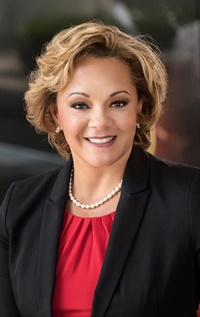 Amy has expertise in resolving contract disputes, business torts, investigations, products liability, employment, and labor matters. In addition to her civil trial experience, Amy is a certified Arbitrator with FINRA and the American Arbitration Association where she presides over commercial, construction, and employment disputes.

What sets Amy apart from other trial attorneys are the skills she garnered from her experiences in the athletic world. A former Division I collegiate athlete and coach, Amy brings a dignified and measured aggressiveness and competitive nature to her legal practice. Clients want her leading and representing their interests as their outside legal counsel. Opposing counsel respect her legal acumen and her tenaciousness. As another client put it, “She is a force to be reckoned with.”

Based on her experience building winning teams, she has an innate ability to connect with clients. By listening to her clients, Amy identifies and understands the critical success factors before developing a game plan—what does a “win” look like for this legal dispute. Relying on her professional and athletic experiences, Amy develops a strategy to meet her client’s objectives in the most efficient way possible. She never gives up on meeting her client’s objectives and uses her intellect and intuition to alter the game plan when issues arise. 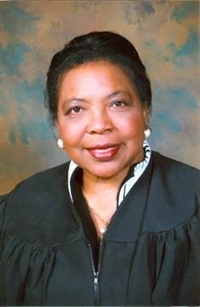 Chief Justice Carolyn Wright was appointed to the position of Chief Justice, 5th District Court of Appeals for the State of Texas, by Governor Rick Perry on November 17, 2009. Chief Justice Wright leads the largest intermediate court in Texas and one of the busiest courts in the nation, with thirteen justices serving six Texas counties. She has authored thousands of legal opinions in cases involving legal issues in every area of Texas law.
Chief Justice Wright’s service as a judge spans over 30 years. She was in the first round of judicial appointees by Governor George W. Bush in his first term of office in 1995. Before her appointment, Judge Wright served as a State District Judge, a Dallas County Associate Judge, and a practicing attorney.
Outside of her commitments to the court, Chief Wright is tireless in her efforts to improve the Texas judicial system. She has actively participated as a member of the faculty or served as a panelist, speaker, mentor, and leader in many judicial, legal, and professional organizations, including the American, National, and Dallas Bar Associations, the National Judicial College, and the Texas Bar Foundation. She is also a Rotarian and Paul Harris Fellow, an active member of her church, and a member of the Executive Women of Dallas, the Links, Inc., and the Summit.
She graduated from the Howard University School of Law in Washington, D.C., where she received the Distinguished Alumni Award. She is married to James Sanders. 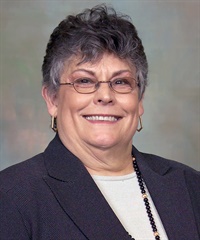 Chief Justice Linda B. Thomas (Ret.) joined JAMS after serving 31 years as a trial and appellate judge. During her judicial career, Chief Justice Thomas participated in resolving disputes in virtually every area of law. She enjoys a deserved reputation as a well-prepared, knowledgeable, and impartial jurist who has a deep understanding of the law and the diverse dynamics inherent in litigation. Clients laud Chief Justice Thomas’ dedication to getting the job done in a professional manner, as well as her exceptional interpersonal skills and keen sense of humor.

Since becoming a neutral, Chief Justice Thomas has devoted her time, energy, and resources to training, studying, and developing skills and best practices in mediation and arbitration. As a result of her experience practicing law, serving in the judiciary, and her years as an adjunct law school professor, Chief Justice Thomas has the knowledge and skills to resolve simple to complex disputes in a calm, straightforward, and deliberate manner. 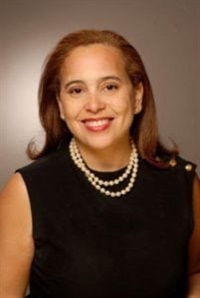 Erleigh Norville Wiley was born and raised in Kaufman County. She is a graduate of Texas Tech University, Rawls College of Business; where she received a Bachelor of Business Administration Degree with a degree in Finance. She attended law school at Texas Law at The University of Texas in Austin receiving her Doctorate of Jurisprudence. In 1990, Judge Wiley joined the Dallas County District Attorney’s Office. Her goal was to prosecute the criminals and protect innocent children and victims who have no voice. She was promoted to supervising attorney-training other new attorneys and managing fourteen different courts.

Judge Wiley successfully ran for Judge of Kaufman County Court at Law, winning a hard-fought contested race. Judge Wiley’s judicial temperament with her sense of integrity and fairness allowed for many achievements which included trying complex civil matters, alongside criminal and family cases due to the unique jurisdiction that the court has in Kaufman County. Further, she created the first Alternative Treatment Court Diversion program in her county, for defendants that suffer from alcohol and drug addiction.

Judge Wiley has been lauded by various organizations for her work in the legal community as a Judge and as the Criminal District Attorney in Kaufman County. Some of the most notable were in 2013, from the State Bar of Texas, Outstanding Leadership-Profiles of Courage Award, and Texas District & County Attorney’s Association, Lone Star Prosecutor Award; as well as the Dallas Black Police Officer’s Association with the Paved the Way Award in 2015. She is also a recent author and has published a memoir about the tragic events in 2013, in her new book, A Target on My Back.

Judge Wiley is most proud of her family. Raised with four brothers, she learned early on that you had to be tough. Her father is an active nonagenarian, who still works his own cattle on the family farm. Her husband is a partner with Lackey Hershman L.L.C., heading their White Collar Crime Division. He is recently retired from government service, where he amassed 22 years with the Dallas County District Attorney’s Office and the Justice Department as an Assistant United States Attorney. 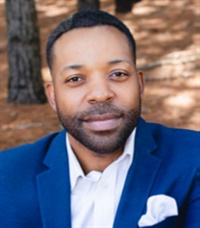 Anti-SLAPP Practice After the 19th Amendments