Facebook, Twitter, Instagram, Snapchat and YouTube are now the places where a reputation built up over years of good work can be shattered in an instant. This fast-paced talk by veteran crisis management and communications specialist Bruce Hennes, from Hennes Communications in Cleveland, Ohio, will focus on a highly-strategic approach to crisis management and crisis communications for a wide variety of situations, offering methods to establish and maintain “control of the message,” enabling attorneys to help their firms and clients move messages forward or mount a defense against an outraged public, unhappy customers or a sudden press onslaught. 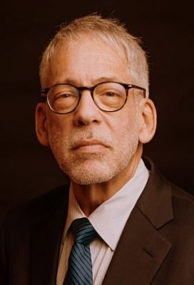 Hennes has more than 30 years’ experience working in politics, having managed or served as a senior campaign consultant and fundraiser for campaigns at the local, state and federal levels. Hennes also served three years as executive director for The Temple on the Heights in Pepper Pike, Ohio, and three years doing government and public relations in the automotive industry. He opened Hennes Communications in 1989, which later became Hennes/Haslett & Associates, handling government relations, public relations, community relations and media training.  In 2002, the firm was renamed Hennes Paynter Communications and in 2015, the firm reverted back to Hennes Communications.

As one of Cleveland’s best-known crisis communication specialists and media trainers, Hennes is also an in-demand speaker before bar and trade associations on the subject of crisis communications. Under the auspices of Red Cross chapters, county emergency management agencies and boards of health, he frequently speaks to mayors, police, fire, education and other government officials on the subject of “Extreme Crisis Communications” (i.e. how to handle mass casualty incidents and other “extreme” situations involving threats to life & limb).

Hennes is recipient of the President’s Special Award for Extraordinary Service from the Cuyahoga County Bar Association and two Vega awards from The American Red Cross.  In 2011, he received the “Communicator of the Year Award” from the International Association of Business Communicators – Cleveland Chapter and in 2013, his work won a gold “Rocks” award from the Cleveland Chapter of the Public Relations Society of America on behalf of a client, SeaStreak, in the crisis communications category.  The campaign also was named “Best of Show,” which is awarded to the entry that receives the highest score among all the entries from a panel of judges.  The entry, titled “Doing the Right Thing: How a Company’s Forthright Crisis Response Preserved its Reputation and Maintained Customer Confidence,” recounted the communications strategy the company adopted in January 2013 when one of SeaStreak’s passenger ferries crashed into a dock in lower Manhattan’s Financial District.  In 2017, his firm received the Silver Anvil Award, in conjunction with a number of other agencies, from the Public Relations Society of America for its work on behalf of the Cleveland Host Committee for the 2016 Republican Convention held in Cleveland.  Hennes was also named by PRNews as one of its 50 “Game Changers of PR for 2017,” noting his 30 years of experience helping CEOs, executive directors, government officials and other leaders preserve and protect their reputation.  Recently, Hennes received his second President’s Award for Outstanding Service to the Cleveland Metropolitan Bar Association.

Hennes received certification in Effective Communications from the U.S. Department of Homeland Security and The Federal Emergency Management Agency. He is also of counsel to Levick Strategic Communications in Washington, DC.

Marketability and Maneuvering for Young Lawyers

5G and IP: Promise and Pitfalls