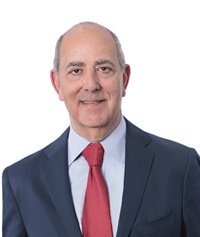 Mark Werbner is a seasoned trial lawyer clients call on when the stakes are high, the issues are complex, or both. He has tried over 150 jury cases, many involving cutting-edge legal theories, from patent precedents to international terrorism. His courtroom accomplishments include many high-stake cases, including some of the largest jury verdicts in the country, as well as many significant settlements before trial. His work is often in high-profile cases, widely recognized by media outlets across the United States.

Mark represents corporations and individuals in complex commercial litigation and white collar criminal defense. Drawing on 40 years of practice, he is both a trusted advisor and a multidimensional strategist, able to analyze both the legal situation at hand and its longer-term effect on a client’s business, goals, and challenges.

Mark’s trial experience – at Winston and prior to joining the firm – includes an extraordinarily wide spectrum of both complex business cases and white collar criminal matters. On the civil side of his practice, he has successfully defended a New York hedge fund in a multi-billion-dollar disparagement case, prosecuted a patent case, and litigated a broad range of business torts and alleged fraudulent actions. Mark has also defended clients from charges of bank fraud, healthcare fraud, federal procurement fraud, tax evasion, environmental violations, ERISA pension embezzlement, and murder.

In a case with international importance that was widely covered by the media, Mark served as lead co-counsel in the groundbreaking global terrorism lawsuit, Terror Victims v. Arab Bank, featured on the Fox News Channel and in The Wall Street Journal, and in other national and international media. The verdict Mark won represented the first time in U.S. history a foreign bank was found liable for materially supporting terrorism.

Mark has also argued before the U.S. Supreme Court, first (and successfully) in a patent infringement case where the original jury verdict was recognized by VerdictSearch and Texas Lawyer newspaper as one of the top 10 verdicts of the year statewide. In October 2017, Mark returned to the U.S. Supreme Court as it considered whether corporations could face liability for violating the Alien Tort Statute in Jesner v. Arab Bank.